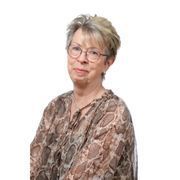 Sheila was born and grew up in Zimbabwe, where she graduated as a primary school teacher with a distinction in education. Having taught in Harare for four years, Sheila and her husband moved to Namibia, where she taught maths and accountancy in a secondary school. After nearly three years in Namibia, the Grallerts moved to South Africa, where their daughter, Genevieve, was born. This led to a change in direction for Sheila, and she managed a 30,000 bird poultry farm in the picturesque wine lands of the Cape for the next few years. The birth of a second daughter, Jessica, kept Sheila at home for a while, but it was not long before she resumed her teaching career at a lovely school in Somerset West called Somerset House.

Eleven years later, the whole family relocated to the UK. Sheila worked as a maths teacher at Cable House School in Woking. She became Head of Maths at Edgeborough School in Farnham for two years, followed by 19 years at Halstead in Woking as Head of Maths.

Sheila enjoys spending time with her grandchildren, reading, sewing, and writing in her spare time.