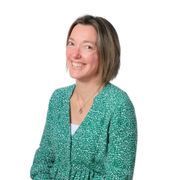 Sharon graduated from the University of Portsmouth with a BA in French Studies. After graduating she moved to Nancy in France, where she taught English at the Université de Lorraine. Sharon went on to teach English in Leipzig, Germany and Melbourne, Australia. On returning to the UK, she worked as an Editor in illustrated, non-fiction publishing for several years.

In 2014, she retrained as a teacher, gaining her PGCE in Primary Education. After obtaining her QTS, she spent a couple of years teaching in local schools before joining Ripley Court, where her children attended. She initially worked part-time as a Teaching Assistant in Little Court before taking up the position of French Teacher in 2019. A year later, she became Head of French and a Year 3 Teacher.

Sharon is passionate about every child achieving their potential and developing a love of learning that will stay with them throughout their schooling and beyond.