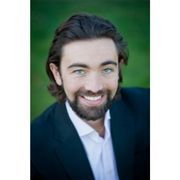 BA UNIVERSITY OF WARWICK (with a year at Humboldt Universitat, Berlin)

Samuel studied Politics at the University of Warwick and completed a Masters in Music at Guildhall School of Music and Drama.

Samuel has been teaching since 2014, both as a peripatetic singing/piano teacher and a classroom music teacher. He has conducted several orchestras and choirs, including the London Jewish Youth Orchestra.

Samuel is trained in the principles of Kodaly and Dalcroze, which is embedded into the music syllabus at Ripley Court. His mission is to foster passion and pleasure for music whilst giving pupils the confidence to find their own unique, creative voice. Classroom music involves a great deal of singing, as well as ukulele, percussion and music technology.

Alongside his teaching practice, Samuel has performed as an opera singer across various venues throughout the UK and Europe and performed with the world-renowned Philharmonia Chorus.

Samuel has a great interest in new music and has collaborated with composers on several new operas and recitals in recent years. He is also a keen librettist and has written adapted English translations of Don Giovanni and Hansel and Gretel for Opera Warwick and Opera Loki. His partner, Fleur, is a composer and opera singer and his young daughter, Liliana, enjoys making music on the various instruments situated throughout the house.

Samuel has also taught meditation to both adults and children and maintains a regular personal practice alongside his musical passions.