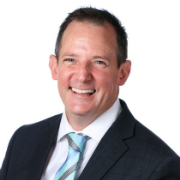 Gavin originates from the sunny shores of Cape Town, South Africa, where he was also educated.  On completion of his degree from the University of Cape Town he has held teaching positions in South Africa, Czech Republic, Taiwan and England.  On arrival in the UK he worked towards and achieved his QTS and has continued his professional development throughout his career, currently studying for his National Professional Qualification for Headship (NPQH).

Previously Gavin worked at Rokeby Boy’s Prep School and Orley Farm, where he was Head of Middle School; a position in which he oversaw the pastoral care and academic progress of 180 pupils.  He joined Ripley Court in 2016 as Deputy Head and managed the school through the successful merger with Reed’s whilst he was Acting Head.

Gavin brings to Ripley many years of teaching experience with a strong focus on the pastoral elements of school life.  Alongside the day to day running of Ripley, he is also the Designated Safeguarding lead.

Away from school, Gavin loves to travel where he enjoys learning about different cultures and sampling interesting foods.  He is also an avid Springbok fan and can be seen cheering them on in green and gold attire!