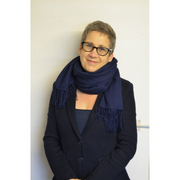 With a degree in History and Politics from Manchester University, Jane moved to London and worked in Financial Recruitment for the best part of 10 years. Marriage, children and overseas postings to Hong Kong and Sydney followed. During this time, she volunteered in primary schools supporting children who were struggling to read, gained a TEFL qualification and taught English for the British Council.

Once back home, she gained a PGCE from Kingston University and began her teaching career in an inner-city infant school as a Year 1 teacher. After a family move to leafy Surrey, Jane joined Ripley Court in January 2007, again teaching Year 1.

In 2010 Jane became head of Middle School (Years 3 and 4) and taught Year 3. Her new role encompassed pastoral and curricular matters.

In 2015 Jane was appointed Head of Little Court and taught a Year 2 class. As a member of the SLT, she was responsible for teaching and learning in the department, leadership and management of staff, including EYFS and the strategic direction of the pre-prep.

A somewhat unexpected medical diagnosis in the early summer of 2020, followed by treatment, took Jane out of teaching for many months. Happily, she was able to  return to Ripley and currently teaches Philosophy and RS to pupils in Years 3 to 6.

When not at school, she is busy visiting galleries, going to the theatre and planning overseas trips, as well as catching up with her own children.