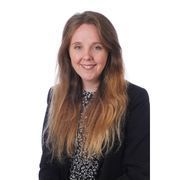 Olivia was born in Zimbabwe and later moved to sunny Durban on the East Coast of South Africa, where she completed her schooling. She went on to do her NNEB (National Education Board of Great Britain Diploma), which set her on the path of a long career in Early Years.

After running successful nursery schools in South Africa for ten years, 'Kidz Care Nursery' and 'After Care Centre', Olivia and her family relocated to England in 2009.

Olivia then went on to study at Kingston University and obtained her BA Hons in Early Years Teaching and went on to get her EYPS. (Early Years Professional Status).

She has worked in various settings in the UK, including Eaton Square in London and Lyne and Longcross Nursery, where she managed and ran the Nursery for five years each, before taking up a position at Ripley Court School.

Outside of work, Olivia is married with two children and enjoys spending time with them, including her two grandsons. She enjoys all things creative and is open to new experiences. She also enjoys travelling and has been fortunate to have visited many different countries.